Thinking Allowed: Is it good business to go beyond what is legal? 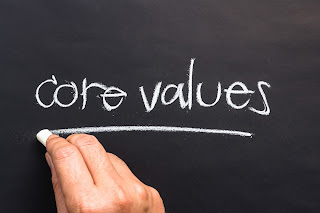 All business people would agree that marketers are accountable to the organization’s leaders and are duty bound to ensure that promotional activities are within legal and regulatory boundaries. But is it good business to set the bar higher and go beyond what is legal when marketing to certain segments?

One hotly contested area involves marketing to various vulnerable populations. Palmer and Hedberg (2013) credited Brenkert (1998) with offering the first substantive argument in support of the commonly accepted practice of refraining from marketing to vulnerable populations in a manner so as to exploit those vulnerabilities. In his groundbreaking thesis, Brenkert (1998) identified groups such as children, retirees, and individual who recently lost a family member as being vulnerable.

A specific area that attracts a great deal of debate involves producers of alcoholic beverages and adolescents. In a survey of 13 to 15 year olds, Gordon and Harris (2011) found that the mean age for adolescents to have their first alcoholic beverage was approximately 11 years, with 50% of 14 year olds reporting to have tried alcohol.  Furthermore, 51% of the participants owned clothes or other items that featured the brand of an alcoholic beverage. Based on the findings in their empirical study, Gordon and Harris (2011) suggested marketing practitioners have a responsibility to consumers beyond what is legal and need to ensure that the promotional activities include social responsibility strategies. The researchers encouraged alcohol and food industry marketers to change from solely encouraging consumption to putting social responsibility at core of the strategy.

In fact, many in the alcoholic beverage industry have already begun implementing social responsibility in their marketing. In a recent study, 87% of alcohol advertisements contained a version of the drink responsibly message (Smith, Cukier, & Jernigan, 2014).  Diageo is a major producer of alcoholic beverages whose brands include Johnnie Walker, Royal Crown, Smirnoff, Guinness, Baileys, Don Julio, and others. Mosher (2012) reported that the company spent 17% of its advertising marketing budget between 2001 and 2005 on social responsibility messages. Diageo is a good example of an organization that takes a holistic approach to marketing by recognizing the importance of going beyond what is legal so as to maintain a positive public image.

So is it good business for marketers to go beyond what is legal? In my opinion, the simple answer is yes. Diageo’s holistic approach to marketing involved a sophisticated public relations campaign aimed at the public, government agencies, elected officials, and public health associations. This type of holistic approach is critical when the company’s product has potentially negative impacts on public wellbeing (Mosher, 2012). While the drink responsibly messages were largely contained in promotional techniques designed to increase consumption, the fact remains that U.S. law does not require the messaging (Smith et al., 2014).

Posted by The Williard Group, LLC at 11:54 AM No comments:

Thinking Allowed: Which is more important? Service Quality or Price? 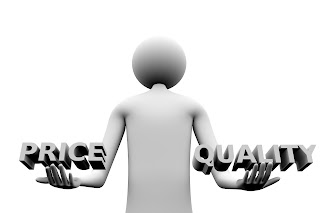 The discussion in the service industry regarding the relative importance of price and service quality has been raging for decades. As virtually any manager would agree, building and sustaining customer loyalty is critical to business success. In fact, the majority of business leaders participating in a recent strongly agreed that creating a relationship with the consumer is strategically important (Aksoy, 2013). Be that as it may, is it really?

The case for service quality is really quite simple. The service sector is experiencing rapid growth as the world continues to transition from a product-dominant logic (PDL) to a service-dominant logic (SDL). The transition to SDL requires a different approach to marketing. While it is possible to study PDL marketing by observing individual transactions, SDL marketing relies on the study of customer relationships over time with customer satisfaction being the key construct necessary to continue the relationship (Grönroos, & Gummerus, 2014). Therefore, while earlier service-marketing models frequently stressed pricing, the current environment is changing the service-marketing paradigm requiring more attention on studying the customer lifetime value (CLV; Rust & Tuck Siong, 2006).

Support for the shift in focus to CLV can be found in Palmatier’s, Jarvis’, Bechkoff’s, and Kardes’ (2009) argument that the scholarly consensus based on empirical research has concluded that relationship marketing has been demonstrated to increase customer trust and loyalty thus influencing future purchasing decisions. However, in addition to trust and loyalty, the researchers proposed future consumer purchasing decisions are also influenced by another construct, gratitude. Gratitude was defined as the consumer being appreciative of the benefits received and feeling a need to reciprocate.

Interestingly, Palmatier et al. (2014) suggest that feelings of gratitude and a desire to reciprocate are influenced by the consumer’s perception that the benefit was based on the seller’s free will and generosity. The researchers’ contend the consumers’ feel more gratitude when employees are empowered to resolve issues by bending the rules rather than through well-documented consumer loyalty programs. Simply put, bending the rules to help a consumer is perceived as free will, whereas the benefit derived from a loyalty program is not perceived as free will. Similarly, consumers would not feel gratitude to a salesperson providing exceptional support in the sales transaction if they were aware that the salesperson received a commission.

Yet, on the flip side, some companies have selected a price leadership strategy and despite having low customer satisfaction, they may still be the consumer’s first choice. Often times, companies selecting a price leadership strategy are able to leverage its economies of scale and pure purchasing power in order to keep the price to the consumer lower than the competition while still maintaining healthy margins. In these cases, price leadership can often trump perceived service quality. As an example, according to the American Customer Satisfaction Index (2015), Wal-Mart has the lowest consumer satisfaction levels when compared to others in the grocery industry, yet a recent study found that many Americans surveyed name the company as their first choice for groceries (Keiningham, Gupta, Aksoy, & Buoye, 2014). This leaves many organizations without similar economies of scale in the position to compete largely on service.

Keiningham et al. (2014) argued that no business enterprise could survive without loyal customers. However, improving service cannot be allowed to undermine an organizations’ financial stability. While improving customer loyalty may be strategically important, it does not eliminate the business requirement for fiscal prudency and a well thought out strategy.

So which is most important, pricing or service quality? The short answer is it depends on the organizations’ strategy and positioning. Companies with lower levels of customer satisfaction can survive by leveraging economies of scale into a price leadership strategy. However, companies without the economies of scale risk being caught in a “no man’s land” without a strong service strategy to migrate those who operate with a price leadership strategy.

The rapid emergence of the Internet has created both unparalleled access to global suppliers, vendors, and customers, while at the same time it has created numerous opportunities for unethical behavior. So while a growing number of consumers are embracing Internet commerce, many remain concerned about protecting their privacy (Nardel & Sahin, 2011; Smith, Dinev, & Xu, 2011). In fact, Consumers-Union (2008) reported that 72% of consumers fear that their Internet activities are being tracked and profiled by companies (as cited in Smith, Dinev, & Xu, 2011). Consumers’ privacy concerns extend beyond simply protecting their own personal information to items such as the use of cookies, which secretly gather information of the consumers’ movement on the site. In order to build a successful and sustainablstrategy, eRetailers must take steps to build customer trust in online shopping while reducing fears pertaining to security, privacy, and perceived risk (Shukla, 2014).

Therefore, eCommerce retailers should strive to develop professional, visually appealing websites, which operate error free and provide a high level of consumer satisfaction with the purchasing process. However, even if the eCommerce retailer is successful in providing this type of environment, the consumer will continue to experience some anxiety until the product is delivered (Shukla, 2014).

Lee Iacocca is the former President of Ford and later served as the Chairman of Chrysler. He spent over 40 years in the automotive industry and was the quintessential leader. In 1988, the famous Iacocca quote appeared in Forbes, “A company with the best distribution system and the best service will win all the marbles - because you can't keep an advantage in the other areas for long” (Iacocca, Taylor, & Bellis, 1988, para. 1). Iacocca was referring to creating a sustainable competitive advantage (SCA). Iacocca went on to explain that even if an automaker created an innovative new model vehicle, the other manufacturers would copy it. So to Iacocca’s point, a competitive advantage is not sustainable if it is easily replicated. Companies that successfully create a SCA will outperform the competition over time (Liu, 2013).

Kumar, Jones, Venkatesan, and Leone (2011) argued that globalization, furious competition, mergers, acquisitions, and constant product and technological innovations characterize the current business environment. Not only must firms change, but also they must change faster than their competition. The history books are filled with examples of companies that were once household names, such as Kmart, Circuit City, and Blockbuster whose leadership was unable to sense and respond to the fast paced changes in market conditions.  These firms failed because of an inability to fulfill current and future customer needs. Simply put, these organizations did not have a market orientation.

In their seminal work, Kohli and Jaworski (1990) formally defined market orientation as involving a companywide effort to gather market intelligence on current and future customer needs, disseminating the information throughout the organization and acting upon the information. Earlier adopters of a market orientation strategy were able to transform the knowledge gained and disseminated throughout the organization into a SCA. However, since the advent of the 21st century, more and more firms have adopted a market orientation strategy. Consequently, in the current business environment having a market orientation can be considered “table stakes” rather than a SCA. As the world shifts from a product-dominant market to a service-dominant market, many companies will need to shift their thinking and innovation efforts to involve service related market oriented views (Kumar et al., 2011).

So is Iacocca’s perspective from 1988 that the firm with the best distribution and service would win all the marbles still accurate and applicable today? The opinion was appropriate and understandable within the context of the slow moving, capital-intensive 1988 automotive market in the United States. However, while service and the distribution system remains mission critical to a firm’s success, especially within a service-dominant market, Iacocca’s view is too narrowly focused for the current highly competitive global market that all businesses exist in, some three decades after his iconic statement. Moon, Miller, and Kim, (2013) argued that innovation is key to a firm’s ability to create a SCA. Consumer needs are constantly changing and more sales are generated when consumers view the product as cutting edge.

Please leave your comments or email me directly at Royce.williard@gmail.com

Iacocca, L., Taylor, A, III, &amp; Bellis, W. (1988, August). Iococca – In his own words, the Chrysler chairman talks candidly about Henery Ford II and GM’s Roger Smith, reflects on his four decades as an automaker, and speculates on what the 21st century holds for the business around the world. Fortune. Retrieved from http://archive.fortune.com/magazines/fortune/fortune_archive/1988/08/29/70953/index.htm

The Williard Group, LLC
Mr. Williard is a senior level operations executive with more than 20 years experience. He is a certified Lean Sigma Champion with experience in financial turnarounds, breakthrough performance, and exit strategies. He has developed and led lean sigma implementations and the cultural change necessary to ensure that lean sigma programs become engrained in the business culture.